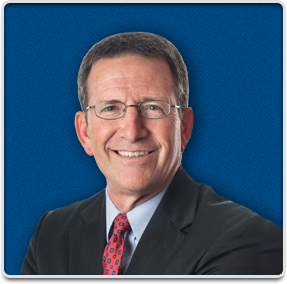 Bruce Miller was raised across the river from Charleston, in the Old Village of Mount Pleasant, where he graduated from Moultrie High School. After attending the University of South Carolina and meeting his now wife of 36 years, he returned to Charleston, where he received his Bachelor of Arts degree in 1977 from the College of Charleston. Following college, he gained four years of experience as a personal injury field adjuster for one of the largest, national insurance companies. In 1984, he earned his Juris Doctor from the University of Memphis Law School where he was elected to serve as Editor-in-Chief of the University of Memphis Law Review. This position is often considered the highest honor a student can achieve during law school.

After graduation, Bruce Miller returned home to Charleston to begin his legal career with Barnwell Whaley Patterson & Helms, where he was mentored for over ten years by the outstanding trial lawyer Robert (“Sonny”) Patterson. During this time, Mr. Miller gained valuable trial experience in a wide variety of cases in both state and federal court. He also briefed and argued cases before the Supreme Court of South Carolina, the Court of Appeals of South Carolina, and the United States Court of Appeals for the Fourth Circuit. In 1988, Bruce Miller was one of the two attorneys who defended The Citadel and its athletic trainer, Andy Clawson, in the Marc Buoniconti v. The Citadel trial, which gained national attention. In 1999, Mr. Miller was asked to be a member of the regional law firm of Moore & Van Allen, concentrating on employment law. In 2001, Bruce Miller became a Certified Specialist in Employment & Labor Law by the Supreme Court of South Carolina. He has held this certification continuously since that date.

After gaining twenty-four years of valuable experience as a trial lawyer, Bruce Miller decided to open his firm where he could devote personal attention to each client. His practice focuses primarily on employment law, representing both employers and select employees in all aspects of employment law. In addition, he also represents individuals and businesses in commercial litigation matters, and also individuals in serious personal injury matters.

In his free time, Bruce Miller enjoys spending time with his wife, Linda, their seven children (three by marriage), and their many grandchildren. He enjoys exercising, the outdoors, and, being from Charleston, anything related to the water.

U.S. Court of Appeals for the Fourth Circuit, 1987