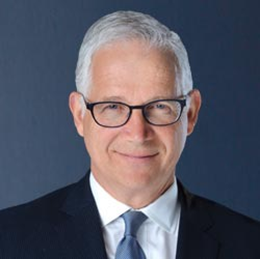 David Sanford is the Chairman and co-founder of Sanford Heisler Sharp LLP. He has recovered more than one billion dollars for individual clients and the United States government since 2004.

David represents C-suite executives and non-managerial hourly employees throughout the US. He has served as lead counsel in more than 50 class actions and numerous qui tam cases around the country and represented more than 100 general counsel and attorneys (in-house and outside counsel) in contract disputes, employment matters, and severance packages.

Within the past year, David was lead counsel in a $14.25 million class action settlement against Rabbi Freundel and other defendants on behalf of women surreptitiously videotaped while performing a religious cleansing ritual; and David settled a $4 million gender discrimination case on behalf of female members of Forest Laboratories’ national sales force. David was lead trial counsel for a professor at Columbia University Business School in a sexual harassment/retaliation matter, which culminated in a $1.25 million jury verdict after a three week trial in the United States District Court for the Southern District of New York.

David is lead counsel currently representing more than 15 female partners at BigLaw firms throughout America. On behalf of three female partners, he recently settled a case alleging gender discrimination and pay inequity against Chadbourne & Parke (now Norton Rose Fulbright). He also recently settled a gender discrimination matter on behalf of female partner at Proskauer Rose and Sedgwick. For his work in bringing cases and discussing the issues surrounding gender equality in law firms, the American Lawyer had chosen David as a finalist for its 2018 Attorney of the Year award.

David was inducted into the National Law Journal’s “Elite Trial Lawyers Hall of Fame” and named among the top 100 trial lawyers in America by the National Trial Lawyers. He is recognized as a “Top Employment Lawyer” by American Lawyer, Corporate Counsel and the National Law Journal; and rated “Band One” by Chambers. Recognized by Law360 as an “Employment Lawyer MVP” and as a “Titan of the Plaintiffs’ Bar,” David has also been selected as a “Super Lawyer” in both Washington, DC and New York. Since 2006, he has been AV-rated by Martindale-Hubbell, the highest rating given to an attorney by judges and attorneys nationwide.

He sits on the Board of the Neighborhood Defender Service of Harlem and on the Board of Corps Africa. David is a member of the advisory board of the Foundation for Advocacy, Inclusion, and Resources, a non-profit focused on increasing diversity in the plaintiffs’ employment bar and raising public consciousness about workers’ rights; is on the advisory board of Aernos; and is an advisory forum member of the Stanford University Center on the Legal Profession.

United States District Court for the District of Maryland (1998)

United States District Court for the District of Columbia (1998)

United States District Court for the Northern District of Florida (2006)

United States District Court for the Central District of Illinois (2006)

United States Court of Appeals for the District of Columbia (1998)

United States Court of Appeals for the First Circuit (2016)

United States Court of Appeals for the Second Circuit (2017)

United States Court of Appeals for the Seventh Circuit (2010)