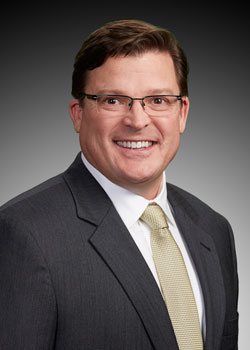 John T. Stralen grew up in the San Francisco Bay Area and moved to Sacramento to attend college at California State University, Sacramento. He attended California Western School of Law in San Diego, California, where he graduated in 1994 with honors.

Mr. Stralen's success as a trial attorney includes a recent case where, as co-lead counsel, he represented clients who were injured in a solo roll-over collision. The jury returned a verdict in favor of his clients for 7.4 million dollars, with the final judgment totaling more than 11 million dollars after the judge added his clients’ costs, expert fees, and interest to the amount awarded by the jury.

In a recent employment case that went to trial after the defendant made no pre-trial settlement offer, Mr. Stralen won a verdict in favor of his clients and a final judgment amount of more than 1.1 million dollars, which included unpaid wages, costs and attorneys' fees.

Mr. Stralen and his wife reside in Sacramento with their four children. He has served as a member of the Catholic School Advisory Commission and his church parish facility committee on safety, formerly serving on the pastoral council. He enjoys being involved with his children's activities and supporting youth sports programs. A former competitive soccer coach, Mr. Stralen is a certified soccer and futsal (indoor soccer) referee. In 2006, Mr. Stralen started a non-profit youth futsal league with his brother that provides indoor Brazilian style youth soccer programs in the Sacramento area.

American Board of Trial Advocates (ABOTA)

$3,767,000: Settlement: Justice For Families And Accountability On Our Roads

Who May Be Liable for a Crash Caused by Road Debris?

What Should I Do if the At-Fault Driver Lied to the Insurance Company?

Can I File a Claim for a No-Contact Car Accident?

Who May Be Liable for a Crash Caused by a Teenage Driver?

Whose Insurance Company Pays for Rental Costs After a Crash?