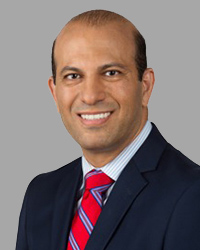 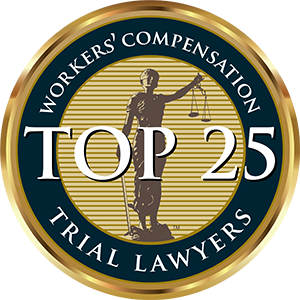 Mr. Younessi graduated high school at the age of 16 and ranked 12th among more than one million participants in the Iran University Entrance Exam (99.9996 percentile). Shortly thereafter he immigrated to the great United States of America. After nearly four years of absence from studying due to economic necessities, he decided to skip college and directly enroll at University of West Los Angeles School of Law night program while working full time and eventually passing the California Bar Exam on his first attempt.

Mr. Younessi began his solo practice on the same day he was sworn to practice law in 1994 and has since continuously practiced law in the Los Angeles area. He is recognized as a Certified Specialist in the field of Workers' Compensation by the State Bar of California. He has personally tried more than a dozen jury trials and many more court trials and arbitrations. He has previously served as a member of various steering committees in the California Judicial Council Coordinated Mass Tort Proceedings. He is a long standing member of Consumer Attorneys Association of Los Angeles and California Employment Lawyers Association, as well as on the Los Angeles Trial Lawyers' Charities' Board of Governors.

As for the past 24 years, Mr. Younessi continues to head Younessi Law, consisting of a diverse team of highly dedicated attorneys and staff where the firm focuses on remedying the injustices the labor force experiences on a daily basis in the areas such as wrongful termination, wage theft, minimum wage and overtime violations, discrimination based on disability, gender, pregnancy, age, nationality, and sexual orientation, workers' compensation, serious personal injury and mass torts. Although past performance is no indication of future success, Mr. Younessi has successfully obtained many seven figure verdicts and settlements on behalf of his clients where this past year he obtained one of the largest workers' compensation settlements award in California history for an independent 55 year old owner of a gardening service with no legal status.

Mr. Younessi's guiding principles in his practice are summed up in the following two quotes, "Justice, Justice You Shall Pursue" from the book of Deuteronomy and "For Every Wrong There Is A Remedy" and old maxim of the law Codified in California Civil Code.

When not otherwise preoccupied by practice of law, Mr. Younessi enjoys spending time with family, reading, involvement with various social and political causes and bicycling on the Santa Monica Beach bike path.